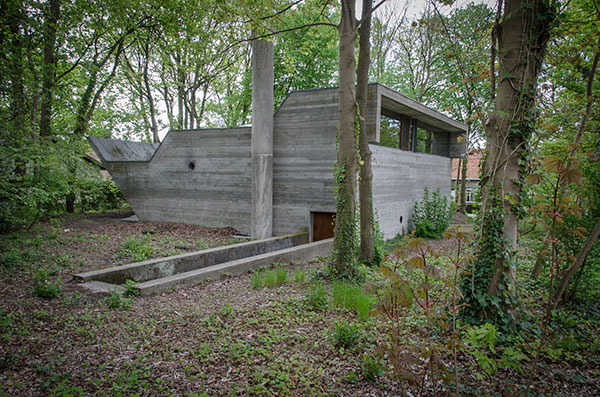 In the ‘Brakelstraat’ in Sint-Martens-Latem, you can come across a unique building, built between 1970-1974 to the design of Juliaan Lampens in his typical concrete architecture or brutalism. The building permit was requested in the year 1970, the building started in 1972 and was completed in 1974. Juliaan Lampens added his name and the year 1973 in the concrete interior.  The assignment came from the highschool teacher Albert Van Wassenhove. He made it possible for the architect to realize his self-willed and radical living-concept to come to fruition. This master-piece can be hired during 3 days. It’s ideal located to discover the region. The Dhondt-Dhaenens Museum actes as host.

Juliaan Lampens is one of the most important flemisch post war architects. He is well known as the designer of the Our Lady’s Chapel of Kerselare in Oudenaarde. Inside he works with an open concept. All of the rooms are divede by half wall. 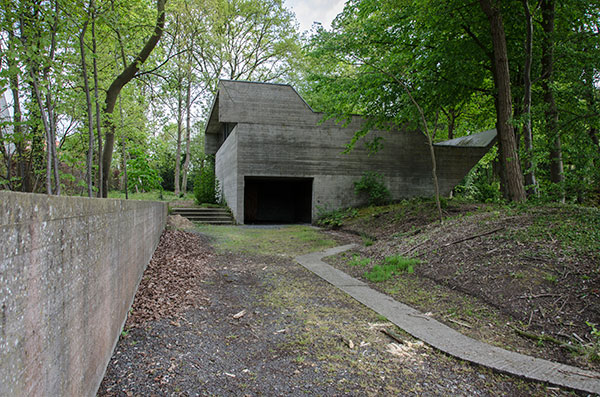 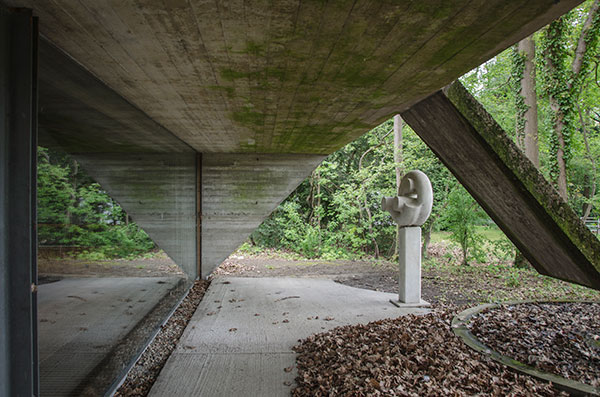 When he died in 2012, he bequeathed the building to the University of Ghent which in turn gave it in a long-term management to the Dhondt-Dhaenens Museum. It will be used as a place of residence for artists, writers and researchers. They will be able to work there in silence and isolation on their project.