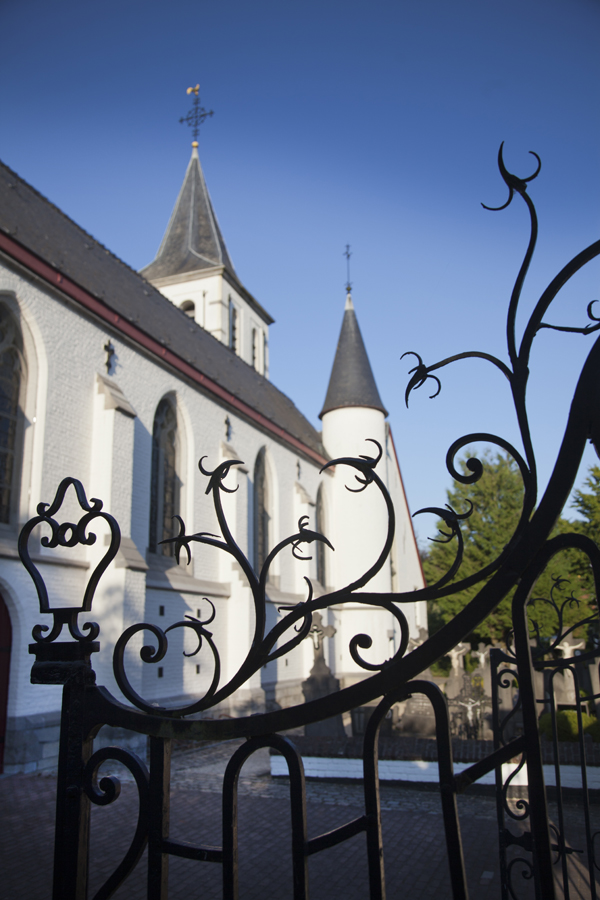 The white chalked Saint Martinschurch in Sint-Martens-Latem lies as a beacon along a curve in the Lys. It is therefore she has been painted numerous times by local artists. The interior consists of a mixture of roman, baroque and neo-gothic elements enhanced with the creations of Latem artists. In the church you can find a big panel of the artist Gustave Van de Woestyne. In the year 1983 the church was classified as a monument and the surroundings as town.

Under the willow tree of the graveyard lies the grave of sculptor George Minne. Binus Van den Abeele also found his final resting-place here. He was the town secretary and a great driving force of the Latem artists. A bit further down de village on the cemetery you can find the graves of Richard Minne, Edgar Gevaert, Jules De Sutter, Hubert Malfait, Maurice Schelck and Hendrik Caspeele. The grave of the internationally famous tone-poet Lieven Duvosel, who composed the piece ‘De Leiecyclus’ (The Lys-cycle), is located a bit farther to the back.

The journalist and founder of the ever so popular ‘Tour of Flanders’, a yearly cycling competition, has found his final resting-place here.