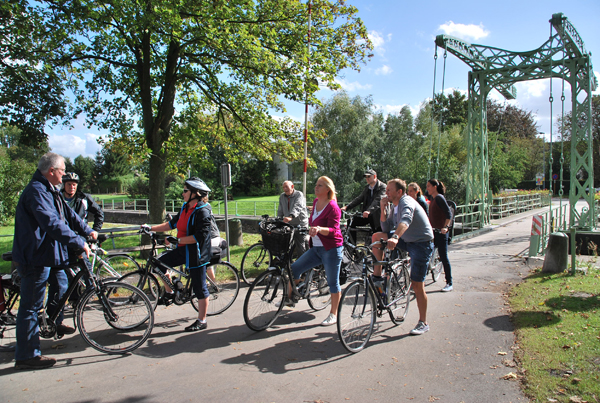 Because of its industrial/archeologic value – by the decree on November the 9th 1994 from the authorized flemish minister – the lock complex ‘Astene Lock and lift bridge’ was preserved as a monument, and the surroundings such as the lockmasters house and towing-paths were preserved as a protected town view. The lock dates back to 1861, when they dug 100 meter bypass tot save 5 kilometres of turns up. 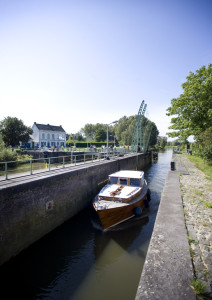 On the small stroke of canalized Lys a lock and a dam were built. The lock is still manually operated during the season of pleasure trips by boat. The lockmaster also lived in one of the lockmasters houses, this from 1860 awards. This way, the lock was constantly supervised and kept watch upon, and was the working of it guaranteed. Achilles Vanderlinden, the grandfather of author Hugo Claus, was the lockmaster. His mother Germaine even grew up there. The Claus’ family even lived there for a while and his father managed a small printer in the ‘Statiestraat’ after World War II. One of the many pseudonyms he used at the beginning of his carries was ‘H.C. van Astene’. The whole of the ‘lock and houses’ makes a great example of a compound piece of art from the second half of the 19th century. One of the two houses is now a small museum run by the ‘vzw Historische Vaartuigen’ (historical vessels). A café is also present where a good ship liqueur is served. Along the quay lie, most of the time, two historic ships with raised flags.