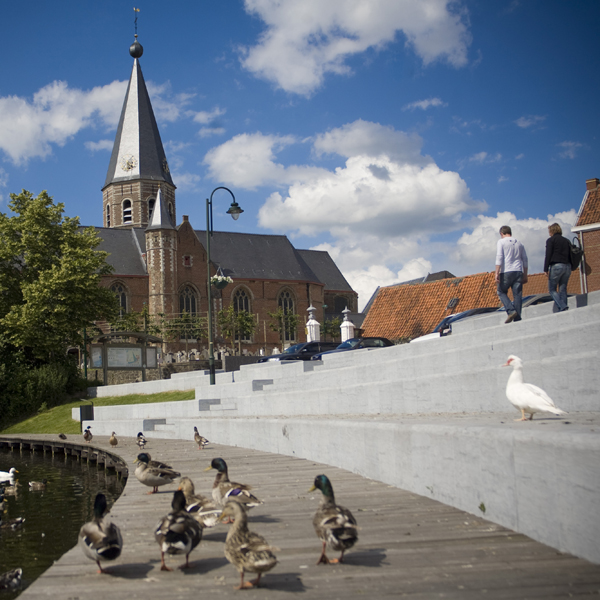 The Saint-Corneliuschurch of Machelen, devoted to the Saints Michael, Cornelius and Ghislenus, was constructed along a big bend in the Lys and has an especially paintable view. The church has a rather monumental appearance and stands out because of her diversity of buildings styles. Throughout the years she was adapted and expanded multiple times to a hall-church. Ever since 1432, religious people come here on pilgrimage. The Church has been a protected monument since 1979 and the town centre and the old presbytery as a protected sight.

On the graveyard in Machelen, two people very close to Roger Raveel‘s heart, were given a final resting place. Those two people being his dad, and his lover/spouse Zulma. The man himself is buried there as well. In the same graveyard, just a bit further along the ‘Hoevestraat’ lies the Dutch writer Gerard Reve (Gerard Kornelis van het Reve). The famous Dutchman lived here in Machelen s/Lys since 1993 up until his death in 2006. His poem ‘Credo’ from 1968 was even implemented in an artwork. This work can be viewed on the ‘George-Jozef Imschootplein’. 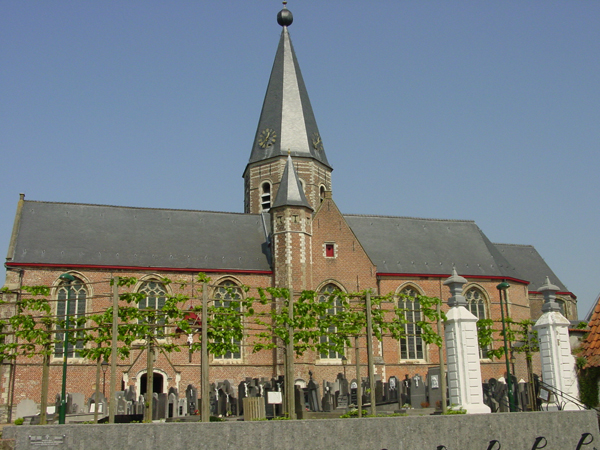