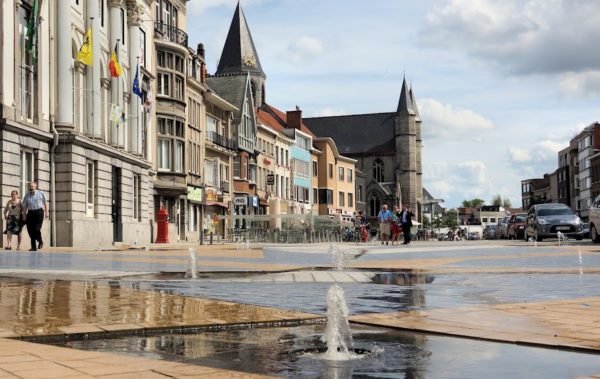 In the old Town Hall of Deinze, of which the front has been proctected since 2010, is a very monumental neo classicistic building, which to an extent follows the Palladian mansion style of housing. It was first built during 1840-1843 after the design of architect A. De Lancker, as a replacement for the  in 1792 burnt down city hall. On the top floor there are colossal impressive half embedded pillars with Corinthian chapiters. 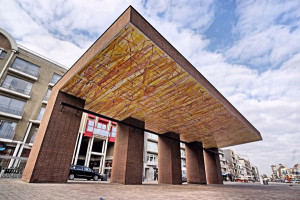 The town porch a big further down the market points to the previous city hall, whose fundaments remain underground. The current day interpretation of the city hall in that position creates a dialogue between old and new. In 2012 the Market Place was rearranged to the design of architects Robbrecht & Daem and Van Hee. The colourful squares only serve to get your attention towards the valuable buildings around them. Each of the squares are themed after another one of the seasons. Designer Benoît van Innis got his inspiration from the Lys-painters. The porch serves as the purpose of being able to get a podium of an orchestra under. And if you look up, you can see an art work inspired by the painting ‘Zonnige boom’ (sunny tree) by Emile Claus. 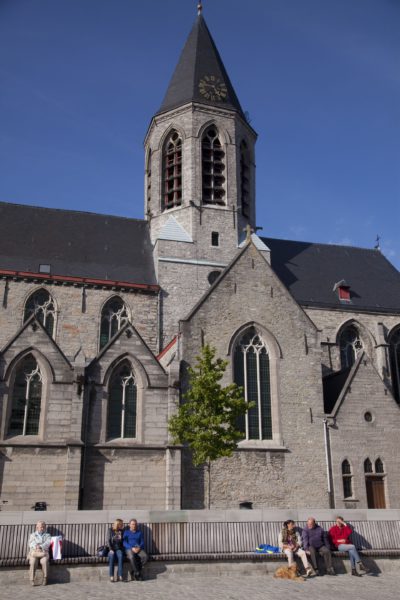 In 2011 a thorough renovation is a fact. The church square is called ‘Sint-Poppoplein‘. The square is now a beautiful and pleasant place to stay and rest, where young and old come together. Numerous events take their place. The ‘Leiedam’ is a beautiful promenade along the river, Leie. 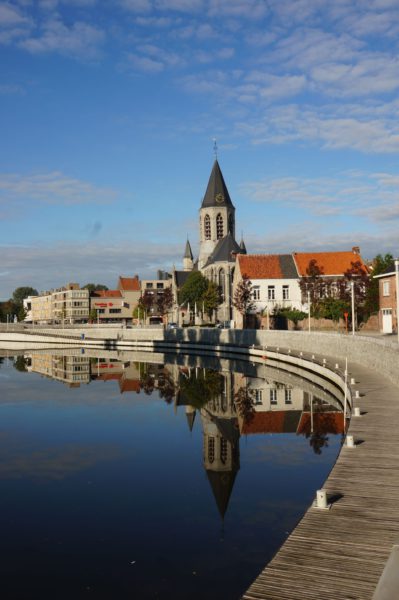