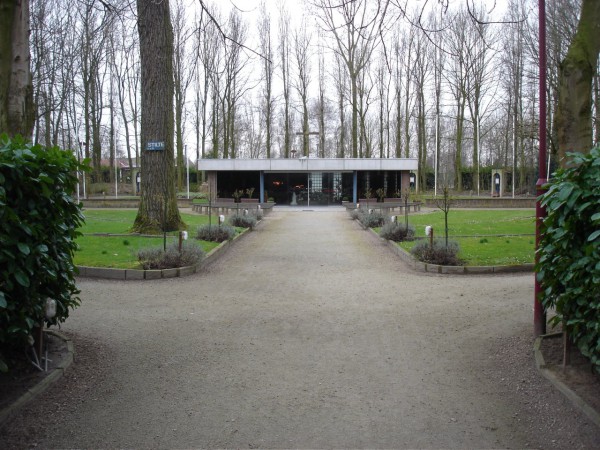 In 1900 a priest brought a statue of the Virgin Mary from Lourdes (F). The Maria Grotte was set up by the St.-Vincent a Paulo Sisters of Deinze along the Schipdonk canal in Bachte in 1902. Due to artillery of World War I, all trees were completely destroyed, but the grotto remained miraculously entirely intact. During decades, the place as a familiar and well-attended mainstay for pilgrims.

The widening of the Schipdonk Canal, an 1976 EEC directive, forced this place of worship to move to another location. A new place was found in the ‘Merelweg’ in Deinze/Bachte  where in  1990, an new chapel was built. The 14 stations of the cross were donated by the St.-Vincent Sisters of deinze. In 1998, were added the 7 stations of Our Lady of Sorrows. 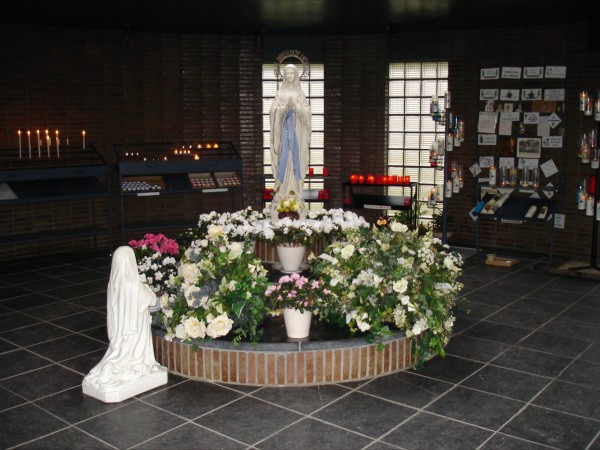