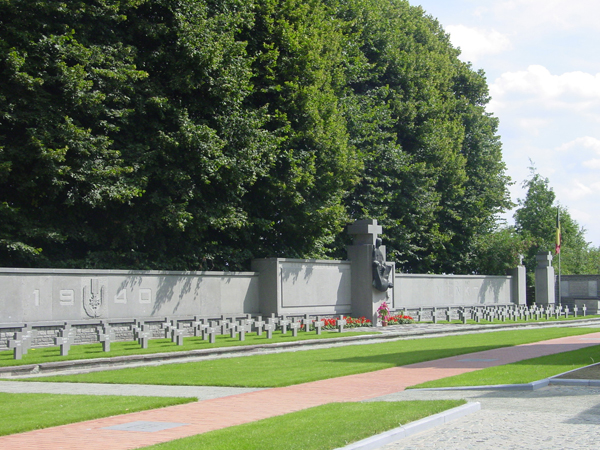 More than 75 years after date do the events of war in May 1940 leave their mark. The battle for Vinkt is bookmarked as one of the most gruesome episodes of the eighteen day march of the belgian armies against the german invaders.

In 1968 on the place of the formerly honorary burial site, a memorial was built with a bronze Pietà as the central figure. The statue is a work of artist Denijs Goossens to the design of Jozef De Vlieger who as a ten year old witnessed the drama in the church of Meigem, who also lost his father there. On the right end of the statue you’ll see a memorial for the fallen ‘Ardennes hunters’ (highly skilled soldiers) and an orientation table with a map of the Battle of Vinkt and the places where the executions took place. On the left of the memorial you’ll see the ‘Wall of Witnesses’ with the names of the villages where during the Second World War, acts of cruelty against civilians were committed. The stones originate from the ruins of Oradour-sur-Glane (F).

Opposite of the memorial, the last tangible remnants of the slaughter in the ‘Dorpsstraat’ of 27th of May remain. In front of the wall, 19 civilians were shot. And just a few moments prior to that, 24 others underwent the same fate in front of the parsonage wall and the convent. Only 4 people survived the slaughter. 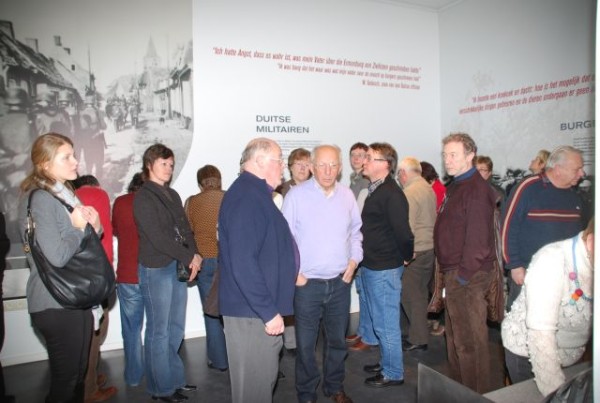 The events that took place in Vinkt have a universal meaning: the show us what humans are capable of. The Reflection Room doesn’t just want you to remember, it wants you to re-think. This distance in time gives us the opportunity to view the events not only in the classical enemy perspective, but also from the military heroes perspective or tempting the contradiction between an unearthed beastlike executioners and purely human victims. Through interaction with film and photo you can find out what led to, caused or explain why that horror happened on that dreaded day. 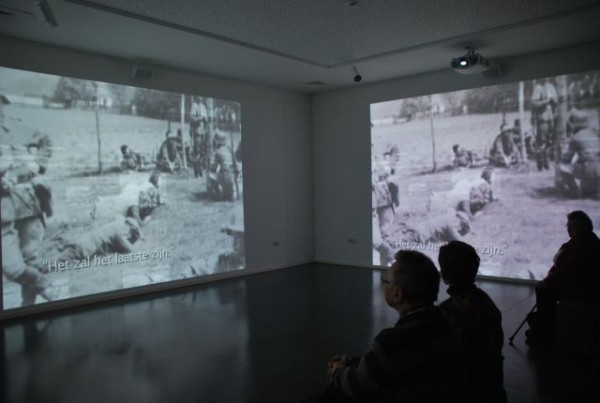